Ibutamoren mesylate (MK-677, L-163,191) is a drug which acts as a potent, orally active growth hormone secretagogue,mimicking the GH stimulating action of the endogenous hormone ghrelin.It has been demonstrated to increase the release of, and produces sustained increases in plasma levels of several hormones including growth hormone and IGF-1, but without affecting cortisol levels.It is currently under development as a potential treatment for reduced levels of these hormones, such as in growth hormone deficient children or elderly adults, and human studies have shown it to increase both muscle mass and bone mineral density, making it a promising therapy for the treatment of frailty in the elderly.It also alters metabolism of body fat and so may have application in the treatment of obesity.

According to scientific studies based on animal test subjects, the chief function behind mk-677 is to boost the production increase of the following substances:

Ghrelin is a self-regulated 28 amino acid chain that is primarily produced by the stomach, although it can also be secreted by the epsilon cells that are found within the pancreas. the main function behind the secretion of ghrelin is to stimulate the sensation of being hungry. the enzyme serves as a counter to the enzyme secretion leptin, which is produced to stimulate the sensation of being full. the increase in the production of ghrelin can cause an animal test subject to want to consume more food, and it can allow this desire to eat to come through a more efficient means. it can also mean that the animal test subject will experience a greater capacity to intake a greater amount of food in one setting.

igf-1, on the other hand, is a secretion that is short for insulin growth factor-1. it is a protein that is secreted by the liver of animal test subjects. the relationship between ghrelin and igf-1 is symbiotic. as the animal test subject is given an increased capacity to consume more food for fuel because of the secretion of ghrelin, the secretion of igf-1 allows the increased fuel that is converted to be distributed to muscular and skeletal cells on a more efficient basis. ultimately, this boost in protein synthesis that is caused by the increase of both ghrelin and igf-1 as brought about by mk 677 allows the animal test subject to achieve a level of homeostasis on a substantially more efficient basis in terms of protein synthesis.

Recommended maximum dose ibutamorin about 25mgs-50mgs is the oral dose for that men,, females and 12.5 mg. it has a half-life of 24 hours a day.

1) Standard: U.S Standard
2) All Purity≥99.8%
3) We are manufacturer and can provide high quality products with factory price.

2, Fast and safe delivery
1) Parcel can be sent out within 8 hours after payment. Tracking number available
2) Secure and discreet shipment. Various transportation methods for your choice.
3) Customs pass rate ≥99.8%
4)We provide re-ship policy. 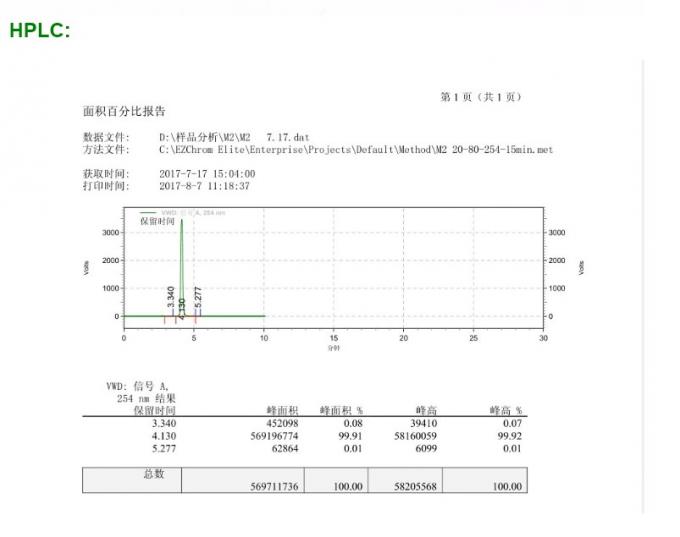